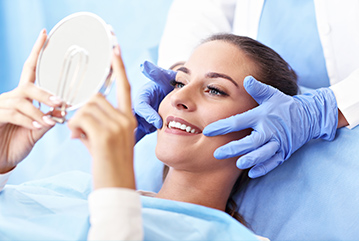 Laser bacterial reduction (LBR) is a procedure that is completed when the gums are severely irritated by bacteria causing inflammation and bleeding. When inflammation and bacteria are present, a dentist uses a laser to circle the gums around the tooth without cutting or reducing the gums. The laser allows the dentist to reduce the amount of bacteria beneath the gums without damaging the gums. A LBR can prevent periodontal disease, as well as, help patients who may have early signs of periodontal disease keep the spread of bacteria under control.